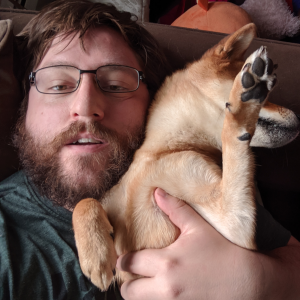 If you spoke with us in the early days, you’ll have heard us talking about Catlandia.

People love the idea of Catlandia. I mean, what’s not to love? It’s a 2D RPG with cats! And as we got to work, we got more and more into it. When we started, we did so with the idea of getting a simple game made to prove we can get through a project, before moving onto some other larger ideas. But after seeing the reaction to the small segments of Catlandia we began showing off, we started to realise that we had something special already. As well, as we started building out our plans in a concrete way, we found that the amount of content we were planning for was likely to exceed the 5-hour conception we’d had at the start.

Rather than seeing Catlandia as a stepping stone, the game became something we wanted to get right and do well. The story got more complex and layered. The lore was building up. The combat intensified. And we were still a handful of people with no money doing this in our spare time. It wasn’t going to work.

That is, we wanted Catlandia to work the way we had come to envision it, but we were losing the idea of getting a product out quickly.

Catlandia is about a new cat in town learning the ropes and battling a dog occupation of a vital fish supply. On top of that skeleton, we were accumulating a collection of characters and locations suited for drama, heartache, political intrigue, and all the good stuff. If we wanted to release a small part of this adventure, we’d have to worry about how splitting it out would affect the player’s capacity for enjoying the story as a whole.

So we made the decision to start with a prequel, designed to be short and self-contained, but with enough content to show off a good taste of what it is we want to do with Catlandia.

This is Catlandia: Prologue. The game follows two new cats, Nugget and Sausage, stationed at Fort Pawprint before the dog invasion. It will use a primitive version of the final combat system, and allow us to introduce a variety of characters that will play bigger parts in Catlandia. We’ll also use this release as a way to gauge how players like what we’re building, and improve upon all the vital aspects before we need to commit to final, full release of Catlandia.

When We’re Gonna Release This One

The best we can say, as always, is “when it’s done.” But, we’re getting there. We’re reasonable hopeful we might be able to do it this year, in 2017. And we should have a playable demo within a couple of months.

After that, we’re moving to full development of Catlandia, the main game, the big one, with the squad of goofy bosses, the big interactive hub area, the five or six dungeons with puzzles. That one. And of course, we’re hoping that with a smaller release behind us, we can drive up a lot more interest for a second, larger release.